No Result
View All Result

Implementation of the principle of adequate and equitable representation: Perception of citizens (trilingual edition)

Implementation of the principle of adequate and equitable representation: Perception of citizens (trilingual edition)

The publications from the project Bona Mente – Support to the CICR can be downloaded in different languages at the links below:

This newsletter was produced in order to inform about the activities of the pupils at ethnic mixed primary schools involved in the program Eko-Kult. The circulation was up to 12,000 copies and it was distributed in 10 municipalities. The newsletter was published in collaboration and partnership with the Search for Common Ground, office Skopje.

Facts and findings from the study visit in Georgia, Armenia and Azerbaijan. The aim of the brochure is to bring closer the Balkan and the Caucasus regions to the citizens of the both regions, and to inform about the current processes in the countries accordingly. 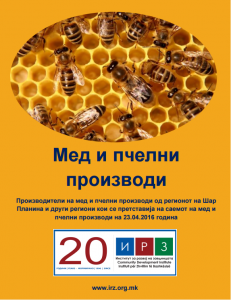 People have the word 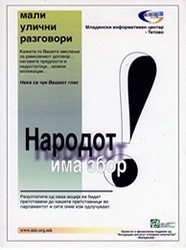 PEOPLE HAVE THE WORD – A brochure about the changes in the Constitution according to Ohrid frame agreement. Based on the resolutions about constitutional changes in 2001, CDI published this brochure with a purpose to provide information about the meaning of the Frame Agreement, gains of its implementation, but also to accent the attitude of the citizen in Tetovo who live in minority about the frame agreement. The brochure was distributed around Tetovo’s region. 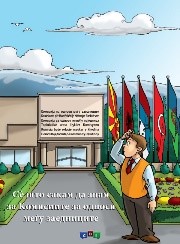 Analyses of politics - commissions for relations among the communities 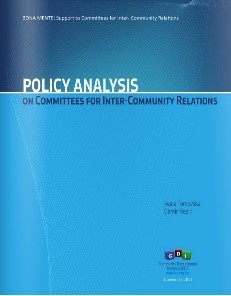 A publication for conveyed policies of the Commissions for  relations among the communities (KOMZ) so far, which gives a review of the history of KOMZ, their establishment, functioning, financing and the relations of KOMZ with the Municipality Council, citizens, civil sector and the wider public. The publication contains recommendations for change of the legislative and institutional frame of KOMZ with a purpose the work of KOMZ to be improved and gaining a sustainability of the work in the future.

A guidebook for volunteers 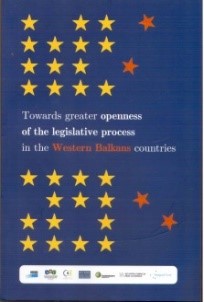 This publication is a product of the collaboration between CDI and civil organizations from 7 countries aiming towards the increasing of the transparency of the legislative in the countries from the West Balkan. CDI gave its own contribution with a review about the condition in Macedonia.

Gender equality in approaching towards EU 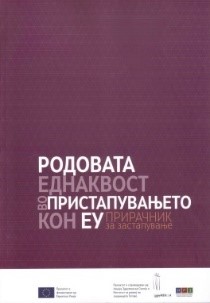 This guidebook is prepared as a part of the activities of the project “Inter-border equality and gender integration” which is conveyed by the Association of promotion of gender equality, with a partnership with the Community Development Institute from Tetovo.

Strategy for voluntary development in Municipality of Tetovo 2015-2018 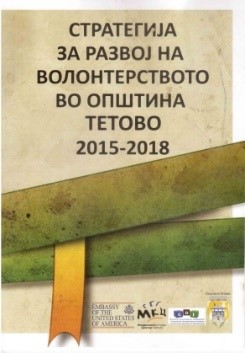 This is produced in the frames of the project “Citizens in action-local voluntary strategy” which was conveyed by the Youth Cultural Center from Bitola in partnership with the Community Development Institute from Tetovo.

Youth perspectives through the process of research 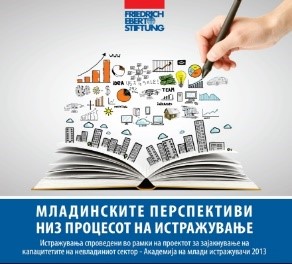 CDI Tetovo through collaboration with the Foundation Fridrich Ebert, office Skopje in 2013 started the project called Academy for young researchers. The purpose of the project was to strengthen the capacity of the organizations from the non-governmental sector and youth workers, through studying the methodology of the scientific research. This publication is a collection of results from the conveyed researches in the frames of the project.

Application of policies in appropriate and legal representation- perception of citizens 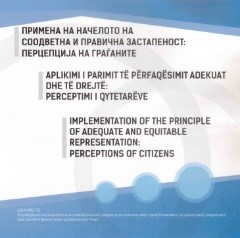 Results from a research called Application of policies in appropriate and legal representation out of which the analyses with results came out were presented in this publication. The research was conveyed by CDI Tetovo in collaboration with the Community of units of the local self-government of R. Macedonia (ZELS). 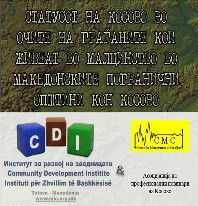 The purpose of this documentary movie is to represent the views and opinions of the common citizens which live as a minority in Tetovo’s region and surrounding municipalities, about the final status of Kosovo.

This documentary movie has video materials and pictures taken in the beginning of the armed conflict in Tetovo, R. Macedonia in 2001. CDI had a video camera installed which was connected to Internet and transmitted directly, through internet, part of the military activities in Tetovo. 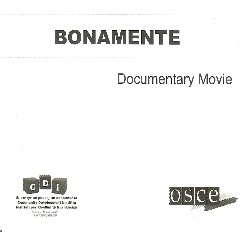 The Association CDI-Tetovo provides a constant support for municipal commissions for relations among the communities. The purpose of the documentary movie was to show the activities, the development and the results of the programme aimed towards the members of the municipal commissions, associations of citizens and media.

Presentation of the activities executed in the frames of the project “Mutual Visions 2011” putting an accent on the eponymous national youth conference which happened with a financial support of UNESCO through the mutual programme of the EU agencies.

No Result
View All Result